A sign of emotional intelligence is the ability to disagree with others, respectfully.

I recently shared this on Instagram and while I specifically addressed the current political clime in Nigeria, the lesson is one for all times, so I thought to share it here.

One highlight of election periods is that it exposes me to different ways of thinking, and I learn higher levels of emotional intelligence.

While at dinner the other day, I quietly observed two friends argue about the 2023 presidential aspirants and their chances of winning the elections, and I was intrigued by how they respectfully disagreed with each other’s position.

Don’t get me wrong, it wasn’t a quiet conversation but it was also not a heated one.

I watched them patiently listen to each other’s perspectives even as they argued.

In the end, they left that conversation as two good friends with more enlightened, yet different perspectives, and I kept wondering, how did they do it?

How did they manage to express their differing opinions, without allowing their emotions or sentiments to get in the way?

How did they handle such sensitive conversation?

They understood that even though they are different humans exposed to different backgrounds and influenced by different experiences, they have a shared humanity.

. . . democracy allows citizens the right to support their preferred candidate, whether they deem them fit for the job or not.

. . . their relationship transcends Nigeria’s elections, hence, certain lines should not be crossed.

They didn’t approach the conversation with a do-or-die intention to outshine the next person with their intellectual or political prowess.

Despite their passion for Nigeria, they demonstrated emotional intelligence and respect for each other and their friendship.

We are in a time where everyone is talking about the elections and people will say anything to appear intelligent. They will make bogus statements and argue blindly to prove their points.

In a bid to discredit the next person, some will make insensitive comments to attack people’s character rather than address the issues.

Not everyone will exercise emotional intelligence.

The message here is simple.

It is possible to disagree respectfully.

We can still be human even when we disagree.

Do not let the elections bring out the worst in you, rather, let it enlighten you and elevate your thinking.

If there is one thing I have learned over time – it is to respect people and their choices, whether I agree with them or not.

Don’t let your passion for Nigeria lead you to make enemies of people you should be collaborating with.

Understand that however the elections go, everyone will be fine, including your preferred candidates.

Finally, please get your PVC, but beyond that, go the whole nine yards and vote right. 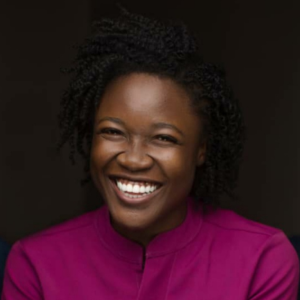 Ayokanmi Oluwabuyide is a Personal Development Enthusiast who hopes to inspire young adults to live their best lives without compromising their individuality. She expresses this passion through her Own Your Upgrade blog and podcast.

On Emotional Intelligence And Guarding Our Liberties

About That Promotion That Left Me In My Feelings

. . . About Growth and its Humbling Effect